Home > Articles and News > When is a Trust not a Trust?
Email me when new posts are made to this blog 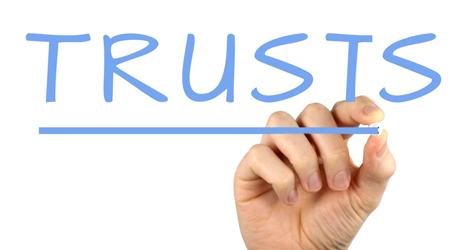 When is a Trust not a Trust?

Family trusts are often set up to try to protect assets from spouses or partners. More and more often, those trusts are under attack. The Supreme Court has recently clarified some aspects of the law around family trusts and relationship property claims to trust assets.

The case involved Mr and Mrs Clayton. Their marriage had come to an end and Mrs Clayton claimed that the millions of dollars’ worth of assets in her ex-husband’s trust were really relationship property and she was entitled to half of them. She made claims that the trust was a “sham” or an “illusory trust”.

Mr Clayton had set up the trust, was the sole trustee of it and had the power to add and remove beneficiaries. The beneficiaries were Mr Clayton, his ex-wife and their two daughters. Mrs Clayton argued that the trust was a “sham” i.e. not a trust at all. At law, something is a “sham” when it is a pretence that the parties are entering into a particular legal relationship when they do not really intend that legal relationship at all. In this case, Mrs Clayton argued that the trust document was a sham and that it had never been intended to create a trust at all.

Mrs Clayton’s argument that Mr Clayton’s trust was a sham was rejected by the Court.

The question was whether Mr Clayton really intended to set up a trust when he transferred the properties into it. On the evidence before the Court, it was clear that he did intend to create a trust. Therefore it was not a sham. Round one to Mr Clayton.

The second attack on the trust by Mrs Clayton was an allegation that it was an “illusory trust”.  In an earlier Court hearing of Mrs Clayton’s claims, the High Court had said that a trust was “illusory” where the trustee retains such control of the trust property that it is clear that in reality he or she does not intend to part with ownership of the property to the trustees under the trust deed but wants to retain the right to do whatever he wants with the property. This claim is similar to the sham claim.

The Supreme Court did not accept this argument and did not like the term “illusory trust”. It said that following its decision that the trust was not a sham, it was pointless looking at another expression such as “illusory trust”. The short and clear question was whether there was, or was not, a valid trust.

The Court did say that in some circumstances it might be that while there is no sham trust, it could be that the attempt to create a trust had failed and no valid trust had come into existence. However, that was not the case here. Round two to Mr Clayton.

The Court’s finding was that there was a proper trust set up by Mr Clayton. However, the bad news for him was that those wide powers he held under the trust deed (particularly the power to remove beneficiaries) were ruled by the Court as being relationship property. As such, Mrs Clayton was entitled to half the value of those powers. Game set and match to Mrs Clayton.

So while Mr Clayton had created a proper trust he had not defeated his ex-wife’s claims and she was entitled to half of the property in the trust.

The main point to take from this case for people setting up trusts is that the more control over the trust one person has, the more likely it is to be challenged and be ineffective to defeat the claims of spouses or partners to the assets in the trust.