Home > Articles and News > Sexual harassment in the workplace – what to do?
Email me when new posts are made to this blog 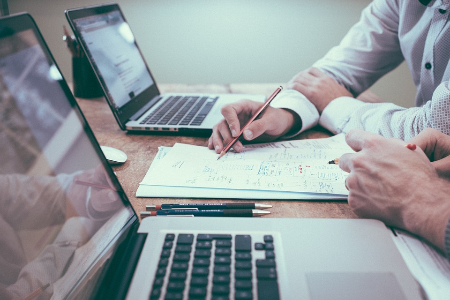 Sexual harassment in the workplace – what to do?

The Employment Relations Act 2000 (“ERA”) and the Human Rights Act 1993 (“HRA”) cover the in-depth processes, remedies and forms of general and sexual harassment in the workplace for New Zealand employees.

The Ministry of Business, Innovation and Employment has listed the conduct that is defined as “sexual harassment” in the workplace, and a number of examples of forms of sexual harassment on their website.

If you are subject to sexual harassment in the workplace then you can seek to have this resolved either formally or informally. In either case, we suggest that if you are faced with the situation where you are sexually harassed, you try to record (as soon as possible after the incident) a detailed account of times, dates, what was said and what was done.

If you wish to resolve the matter formally, some workplaces have specific processes and/or staff which are in place to deal with these situations and you should first seek out what, if any, process is used within the company.

If nothing is available within the company, you should advise your employer, manager, HR manager in writing of the incident, keeping a copy of such complaint for your records. If your employer is the subject of your complaint, then you may seek out an HR manager, supervisor, union representative or lawyer.

Your employer is legally required to investigate the allegations. If the employer finds the allegations to be true, they are required to take whatever steps will prevent it from happening again, which can be, but is not limited to, termination of employment or legal action. If the harassment takes place again, and practical steps were not taken, the employer may be held liable for their lack of action.

As part of the investigations into any potential sexual harassment, the employer must advise the harasser that suspension or termination of employment is a possibility, offering them first a chance to provide their input and side of the story prior to any decision being made.

Depending on the severity of the harassment and the input provided by the alleged harasser, victim or witnesses, the harasser may be given written notice to attend a disciplinary meeting or mediation. Such notice will set out the accusations made against them and range of consequences if the accusations are upheld.

If your employer is the subject of your complaint then their actions will be investigated by a HR manager, union representative, manager or lawyer. Depending on how you would like to proceed (i.e. remain in the job or not) and the severity of the harassment you may look to seek compensation, means of future prevention and/or an apology from the employer, as forms of settlement.

If a mediation is called, it can either be face-to-face between the parties with a mediator present, or the mediator can move in between each side with their comments, which may be more appropriate if there is a power imbalance or fear. If mediation does not resolve the dispute, the employee can take the dispute to the Director of the Office of Human Rights Proceedings, Human Rights Review Tribunal or their lawyer to file legal proceedings.

If you seek to deal with the harassment informally, you could ask your supervisor or employer to assist in an informal capacity. Your manager may have suggested means of solving the matter, which may include a supervised meeting or verbal warning. Your manager would need to be aware of all the facts and have to give the alleged harasser a chance to provide their side of the story and have an input before they provide any interference.

If the harassment continues or nothing is done then formal processes should be followed.

Sexual harassment is evident in all types of work environments and can have significant effects on the victims. However, formal or informal processes can be taken to protect you or others from future incidents.