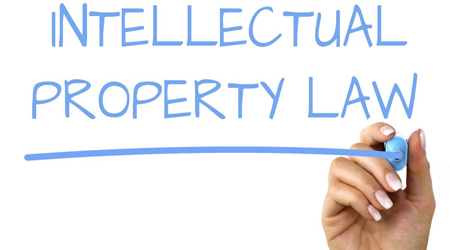 Intellectual property (IP) forms a fundamental element of most businesses. It encompasses creativity, innovation and, in some instances, education. In certain circumstances, intellectual property rights may be registered, making provision for particular, exclusive rights over an invention, creative expression or brand. Securing protection for intellectual property, may provide for a competitive market place advantage, and facilitate an increase in profit margins and growth.

Multiple forms of IP rights are available. Available rights include, but are not limited to, trademarks, patents, designs, plant variety rights and copyright. IP rights are predominantly territorial, meaning enforceability is often limited to the country in which the right is registered, granted or otherwise issued.

All forms of IP including patents, trademarks, copyright, designs and plant varieties can be licensed. IP licensing relates to an IP owner granting permission to another to use, sell or reproduce their intellectual property, which in the absence of permission, would likely amount to an infringement of the owners’ IP right.
By way of comparison (for ease of understanding), a bus owner might lease a car to another person in the same way as a trade mark owner might license the use of a trade mark to another person. The lease of the car grants that other person a right to use the bus.
In that same analogy, the lease/licence differs from sale in that a sale results in the transfer of ownership in the car/IP. Further, in the event a person used the car or trade mark without permission, the person would be breaching the owners’ rights and the owner would be entitled to sue for that breach.
One difference between the licensing of IP and the above car analogy is that the licensing of IP rights may be exclusive or non-exclusive.  For example in a franchise situation the owner of the trademark i.e. the franchisor, often licenses the right to use the trademark associated with the franchise to multiple operators i.e. franchisees. So in that case the licensing would be non-exclusive.

A particular advantage of licensing over a sale is that the potential to maximise profits is maintained better under a licence by way of ongoing payments. The financial benefit of selling IP is certainty of payment. However, the transaction is disadvantaged in that the return on the investment made in developing IP is limited to the sale price.

Further benefits of licensing include that it allows for the IP to be placed in the hands of a person, or persons with the necessary capabilities, skills and/or capacity to bring about the best return. In addition, this method also provides scope for ongoing improvements to the IP.

Most licence agreements require the licensee to pay fees comprising of an upfront licence fee and ongoing royalties. To refer back to the earlier analogy, the fee scheme may be compared with a rental plan for a car lease with the requirement of regular monetary instalments.

Royalties are generally calculated as a percentage of the net sales or profits, or on an amount per unit of the licensed property sold. Three main methodologies exist in relation to royalty valuation, including the cost approach, comparable market approach and the income approach.

However, as a starting point, the IP owner often seeks to be paid around 25% of the net value obtained by the licensee. For example, if a licensee was selling jeans at a profit of $40 then the royalties might be structured in such a way that the owner of the trade mark under which the jeans were sold (e.g. Levi) would make $10 per pair of jeans.