Home > Articles and News > How many directors need to sign?
Email me when new posts are made to this blog 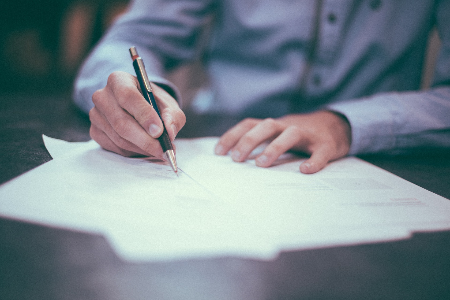 Signing documents that bind a company to obligations and potential liability is a key aspect of being a director of a company. It is part of the role when a director is guiding and running the company.

While shareholders are required to ratify major transactions and key decisions, day to day, the directors are in control. They can delegate duties to CEOs and managers but ultimately have responsibility for directing and overseeing what the company employees do.

Directors sign key documents at the Board level, following the constitution of the company, which spells out how many directors are required to sign to bind the company. The mechanics are that if two sign there does not have to be a witness to that signing. Where one signs only, there must be a witness.

Major document signing should be done following a written directors Board resolution relating to that particular matter. Usually two directors sign once the resolution is in place. This protects the directors and the company. They have each other’s backs and a clear paper trail of the document signing process.

Authorised signatories may be able to sign some documents either alongside one director or in their place. In these instances, delegation protocols need to be in the relevant background paperwork.