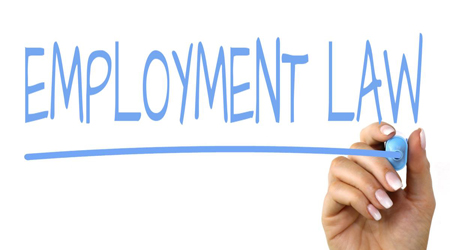 Jacinda Ardern and Employment Minister Iain Lees-Galloway have announced several employment law changes as part of Labour’s 100 day plan. Most of these are aimed at increasing protections and rights for employees and removing legislation introduced by the previous government that was more beneficial to employers. Employers and businesses will need to take a keen interest in these changes, and signalled future changes.

Businesses with 19 or fewer employees can continue to use trial periods, and large businesses can still put new employees (or employees changing roles) on a probationary period to discover if the employee is suitable for the role.

New employees will be required to be employed on terms consistent with any current collective agreement for the first 30 days of their employment. There is also a requirement that prospective employees will be provided with information about unions in the workplace.

There are greater protections for union members – it will be much harder for employers to discriminate against union members. Union members will also have the ability to engage in low-level industrial action without the threat of pay deductions.

Labour also plans to repeal what was known as the “Hobbit Law” – legislation that prevented film workers from collective bargaining as they were engaged as independent contractors rather than employees.

Mandatory rest and meal breaks will be re-introduced after the previous government relaxed protection for these breaks – employers were able to compensate workers for missed breaks. There will be exceptions for very specific industries (such as air traffic controllers). Lees-Galloway has signalled that very few businesses will qualify for exceptions.

While not currently in proposed legislation, the Government has signalled that it is looking to introduce more protections for foreign workers employed by foreign companies, but working in New Zealand. This would see these workers having the same protections, such as the minimum wage, as New Zealand workers.

The Government have signalled that youth pay rates are going to be abolished. However this is not likely to be achieved in the near future, but sometime in the next 12 months.

Labour have also signalled that one of its major employment goals will be achieving equal pay for both males and females performing the same role. It will certainly be interesting to see the details of this legislation when they come out.

These changes will run alongside changes that Labour has already enacted:

Paid parental leave has been extended

An increase from 18 to 22 weeks is already confirmed, to take effect from 1 July, with further increases to 26 weeks from 1 July 2020.