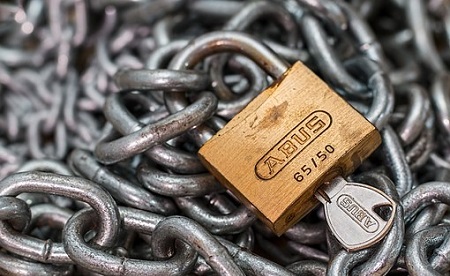 Shareholder’s agreements usually require shareholder approval for a number of matters. This can require a special or super majority of shareholders or directors to agree. The decisions that require this special approval, are the most significant decisions facing the company. Therefore, a shareholders agreement needs to provide for what is to happen if there is a deadlock between shareholders or directors with regards to these decisions. There is a variety of deadlock clauses that can be used, this article will outline and evaluate these options.

The Shareholders Agreement needs to have a clear definition of what constitutes a deadlock. This is because some of the following clauses have serious consequences, therefore shareholders wouldn’t want the deadlock mechanisms to be triggered too easily.

When faced with a deadlock the most straightforward solution can be to liquidate the company. This clause may encourage shareholders to break the deadlock, as a fire sale may not result in the company being sold for what it is worth. Therefore, shareholders may be incentivised to break the deadlock or to sell their shares, as financially this would put them in a better position.

The Russian roulette mechanism works as follows; a party to the deadlock offers to sell its shares for a price they set, the offeree has the option of either accepting this offer, or selling their shares at this price. This mechanism results in a fair price being offered, as the offeror doesn’t know if they will be the seller or the purchaser.

There is a variation of this which allows the offeree to sell at the offered price or to offer to buy at a price higher. The Offeror then has the ability to accept this or raise the price further. This would continue until one part agrees to sell their shares.

This can work well if both parties have similar financial resources. However, this won’t work if one party can’t afford to buy shares, so will be compelled to accept any offer they receive, even if it isn’t fair. If a shareholder knew the other shareholder couldn’t afford to buy shares, they could use this mechanism to force them to sell their shares for a discounted price.

This is similar to Russian roulette as it also requires both parties to have similar financial resources for it to be a fair solution.

A takeout clause may be required in order to remove a shareholder that is jeopardising the company. Such a clause would allow the other shareholders to take control and buy out the other party’s shares. This clause is normally triggered when a shareholder defaults but it could also be drafted to include applying when a party withholds approval creating a deadlock.

A call option allows in certain circumstances for one shareholder to force another to sell their shares. This is useful for large shareholders who want to acquire the shares of a minority shareholder who is causing a deadlock.

Since put and call options impose obligations on parties without their consent, the triggers for these clauses need to be very carefully drafted. There also needs to be a pricing mechanism included in the shareholders agreement with an agreed minimum price for this clause.

The put and call obligations work best when there is variety in the sizes of shareholdings, they would not work well if the shareholders had equal shares.

When one party acquires more than an agreed percentage, a takeover provision may be needed to force that party to make a mandatory bid to minorities. This gives minority parties to opportunity to leave the company if they don’t like the new shareholder dynamic. When drafting a takeover provision, it should allow for the provision to apply to both new or existing shareholders who breach the percentage threshold.