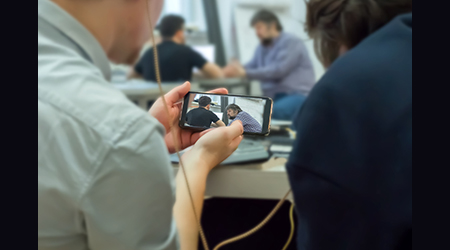 In this age of smartphones, practically everyone has a recording device in their pocket. As an employer, have you ever wondered where you stand with regard to a recording made by an employee without your knowledge? Would such a recording be admissible in a dispute with that employee?

With the ease of recording afforded by cellphones, the issue of admissibility of such recordings in the Employment Authority and Court comes up often. Usually, the party who made the recording seeks to rely on it as evidence before the Authority and the other party, who was unaware the recording was being made, objects.

The Court of Appeal has held that it is neither unlawful nor necessarily unfair to record a conversation without the knowledge of the other party to that conversation. (Harder v Proceedings Commissioner [2000] 3 NZLR 80).

Notwithstanding the Harder case, in general, it will be difficult for an employer to justify a covert recording of an employee except in very exceptional circumstances. However, for employees making recordings, it is a different story.

The Employment Relations Authority has very broad powers under the Act. It can take into account "such evidence and information as in equity and good conscience it thinks fit, whether strictly legal evidence or not".

In reliance on this "equity and good conscience" phrase, in deciding whether a recording is admissible into evidence, the Authority and the Court look to see how fair or unfair the circumstances of the recording are.

Just to show how difficult these cases are, the Employment Court said the recording was inadmissible, but the Court of Appeal held it was admissible. The three Court of Appeal judges were unanimous that recording a call in these circumstances, despite the lack of disclosure of the recording, was not a breach of goodwill or trust and confidence.​​​

"Where the conversation was being played with Mr Taylor's concurrence by speaker to others present in Captain Talbot's office, and where it was proper for notes of the conversation to be taken by way of record and for later use, and there was no challenge by Mr Taylor to the propriety of the taping of the conversation, I cannot see any basis in the evidence for a finding of unfairness. Whether a record is in the form of notes or a verbatim electronic recording may affect its comprehensiveness and accuracy but in these particular circumstances a purportedly verbatim record is not so different from agreed note taking as to warrant the conclusion that it was unfairly obtained".

In Simms v Santos Mt Eden Limited ERA Auckland AA254/03, Mr Simms put into evidence audio recordings and transcripts of two separate conversations he had had with the employer, Mr Escalante. They were recordings of a telephone conversation and a face-to-face meeting between the two of them. He made both recordings without Mr Escalante's knowledge. Without hearing the tapes or reading the transcripts, the Authority was called to rule on their admissibility.

So, what can we learn from the case law?

Please contact our Employment Team if you have any questions regarding this article or any other employment related matters.
Email Mike, or call him on 04 916 6302
Topics: Employment