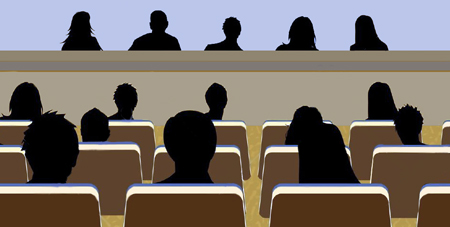 On 12 July, Donna Watt from our Masterton office was part of a panel speaking to seniors about Intimidation and Bullying. This was the third and final presentation in a series that Donna and Michelle Williams have been involved with.

These “Forums for Seniors” were organised by Age Concern Wairarapa. Previous topics included Enduring Power of Attorney, Wills and Advance Care Planning (14 June 2018) in conjunction with FOCUS and a local funeral director and Scams (28 June 2018), where they were joined by representatives from Masterton Police, Westpac Bank and Senior Net.

Anne Murrell, Elder Abuse Response Service Co-ordinator with Age Concern, says that the presentations were so well received they are considering running more sessions later in the year in both Masterton and Featherston.

Gibson Sheat is pleased to be able to support the important work of Age Concern Wairarapa in keeping our older residents informed, educated and protected. We look forward to working together in the future.