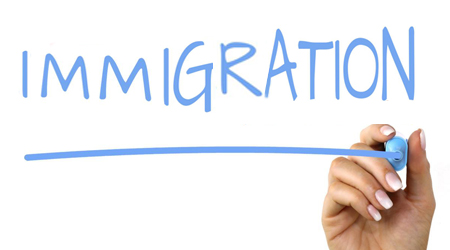 Changing the Immigration Policies - The Result

New Zealand’s immigration landscape has been changing over the last year. New policies were implemented by the former National Government, and now the Labour-led Government (“Labour”) is set to implement its campaign policies in the coming months.

In April 2017, the National Government announced proposed changes to the Skilled Migrant Category (“SMC”) and the Essential Skill Work Visa (“ESWV”) for migrant visas. This was implemented on 28 August 2017.

With a record number of migrants migrating to New Zealand, the SMC’s criteria seeks to ensure that New Zealand (“NZ”) facilitates and recognizes migrants who provide greater economic benefit to NZ and migrants who have skills for which there is a demand.

The changes to the SMC criteria mean that it will be harder for migrants with little to no recognized skills to gain resident or temporary visas, in contrast to migrants with recognized qualification or skills under Australian and New Zealand Standard Classification of Occupations (“ANZSCO”).

To be eligible under the SMC, applicants must submit an Expression of Interest (“EOI”) to Immigration NZ. Immigration NZ is now only considering EOIs that total 160 points or above rather than the 140-point threshold in 2016. Points may be awarded for qualifications (Bachelor’s, Master’s degrees and Doctorates) recognized under ANZSCO and employment offers.

Migrants who meet the point requirements but do not have skilled employment can apply for a Silver Fern Job Search Visa (“SFV”). The SFV gives highly skilled young people nine months to secure employment for 12 months or longer. However, the number of visas are limited and are not open for application until 28 November 2018.

The ESWV is a temporary work visa category designed to allow employers to recruit overseas workers where no suitable local employees are available or trainable. However, employers are required to first look locally before venturing into the foreign employment market.

Changes to the ESWV include:

The incoming Labour government has confirmed that they will be implementing policies that will “reduce net migration by 20,000-30,000”. These policies will include:

Labour’s proposed changes appear to suggest a tightening of the criteria for the admission of migrants into NZ. The intention appears to be that Labour wants to reduce the number of migrants gaining entry to NZ and ensure that the migrants admitted have a skill level that is higher and that they are more capable of meeting national job demands.


Gibson Sheat has recently set up its own immigration practice and is happy to field enquiries from any of its clients. While the practice is mainly aimed at the investor, entrepreneur, skilled migrant and accredited employer schemes, it has other professional contacts at its disposal for dealing with other immigration type enquiries like work permits etc.