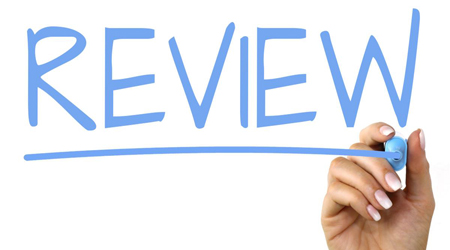 Before the election, the Labour Party laid out a plan with 18 key goals to achieve within their first 100 days in office (“100-day Plan”). This 100-day Plan was adopted and implemented by the Labour-led coalition Government (“Labour”). This article aims to provide an analysis of the progress of some of the key goals as well as touching on some future policies that Labour intends to implement that may affect you.

The HHGB was passed in December 2017 and requires that any new tenancy from 1 July 2019 must be either properly insulated or contain a heating source able to make the home warm and dry. All tenancies must meet the new standards by 1 July 2024.

While the exact requirements are not in the HHGB, they will be set by Labour before the start of 2019. Grants of $2,000.00 will be available for eligible landlords to upgrade.

We note that all foil insulation is now illegal and will need to be replaced.

New Zealand’s residential property will no longer be for sale to buyers who are considered an “overseas person”.

Under the bill, an “overseas person” would be someone who is not a New Zealand citizen, or is not “ordinarily resident” in New Zealand. A person would be classified as “ordinarily resident” if they hold a permanent resident visa and have been in New Zealand for 183 days in the past year. The New Zealand Law Society have expressed concerns that people may innocently enter into sale and purchase contracts not realising that they are classified as an overseas person. Under the current Sale and Purchase template this would present contractual issues.

If you have any doubt as to whether you would be classified as an overseas person and you are planning to buy a residential property, please seek legal advice first.

This goal has been partially executed. James Shaw, Minister for Climate Change, has announced a goal of net-zero emissions by 2050; however has not set up an independent Climate Commission. The Government has already made progress on the 2050 goal as they have stopped issuing new permits for offshore drilling. Prime Minister Jacinda Ardern, has stated that “it is important to get ahead of a change that would inevitably happen as the world moves to combat climate change.”

Labour has compromised by stating that the existing off-shore mining permits which cover an area the size of the North Island will continue to permit further exploration. Additionally, Labour has opened a new round of applications for onshore exploration.

Labour has reported that the industry is not at immediate risk but that New Zealand has signed up to international obligations under the National Government that it needs to meet.

Future policies that may affect you

Regional fuel tax: Aucklander's will pay a nine to twelve cent fuel tax. However, the fuel tax combined with Auckland Council’s regional fuel tax could see Aucklander’s paying upwards of 20 cents more per litre for fuel compared to the rest of New Zealand.

Secondary Tax: Although Labour does not plan to implement its tax plan until 2020, meaning that it will have to win a second term, as part of the tax plan they state that they will remove secondary tax which will mean significant savings for people who have two or more incomes.
Tourism and Infrastructure Fund: This won’t affect citizens or New Zealand residents; however, it will affect foreigner visitors. The Labour government will charge a $25.00 levy on international visitors which is expected to equate to an extra $75 million each year. The Mayor of Rotorua, Steve Chadwick, said there was no evidence that the levy would hurt tourism. However, National Campaign Manager had some reservations. We note that visitor taxes are a growing trend globally. Countries such as Australia, United States, Italy and Bhutan already impose such taxes to help grow the infrastructure that tourists use.

Economists have stated that because it is early in Labour’s term, it is difficult to predict any kind of result. Therefore, it seems that New Zealanders are just going to have to wait to see how Labour performs in the coming months.